The artist LG Williams will travel across Waikiki and Diamond Head tomorrow. During the Hawaii trip, the artist will bike past the artistic leadership of each neighborhood, as well as creative opposition (anti avant-garde) figures and conservative figurative-art representatives. While pedaling, the artist will pantomime progressive and artistic reforms (like ‘change’, ‘hope’, ‘stinky airplane food’ and ‘intergalactic evil eye doughnut holes!’ and ‘to have a conversation just tape a screwdriver under a tangerine’) and shout art issues of no interest as he moves his left clinched fist up and down perpendicular to his crotch.

June 27, 2009 – HONOLULU, HI – After going AWOL for seven hours, artist LG Williams admitted Wednesday that he had secretly pedaled across Honolulu to visit three female nihilist-nudists, online admirers who initially contacted him through his website: www.lgwilliams.com.

Wiping away tears and drinking imaginary beers, Williams apologized to his friends and family (none in attendance) and “all sentient beings and extraterrestrials in the entire universe” and gave up for a week his national leadership of The United States Avant-Garde Association – but was silent on whether he would quit art altogether for the remainder of the month and go on another debauched rampage.

Williams, who in recent months had been mentioned as a possible artistic candidate for a MacArthur Genius Award, said he would resign as head of the The United States Avant-Garde for a week.

By disappearing and leaving his position without formally transferring power, art critics and museum curators said he neglected his supreme artistic pedigree and authority and put Art at risk (by the way, ‘and’ spelled backwards is DNA). It wasn’t clear how his staff could reach him in an emergency since he threw his cell phone in the ocean upon arrival (biking across paradise the artist, terribly drunk, sleep deprived and wonderstruck mistakenly thought he arrived on the set of a Corona television commercial).

Williams described the women who he visited with in Honolulu as “dear, dear, dear, dear beer friends with big, big, big, big really, super big, super massive plastic coconuts ready to burst at any moment (but, inversely, with skinny little long legs each radiating from their respective eye of the tiger”) whom he has known for about eight beers or years (his pronunciation becoming slurred at this point to this reporter’s missing ear) and been romantically involved with for about seven. He said he has seen them or their exact alien duplicates about three hundred times since the affair began.

Many art newspapers published steamy e-mails between Williams and the women, neither of whom got royalties for the cliché riddled printed rubbish. He did not identify them, nor did he definitely say who they were; however he did grunt a couple of times, hump the podium, thrust his pelvis like Elvis, wield around violently, wildly pretending to ride a bucking bronco while sticking his tongue in between his fingers, and, finally (while appearing to run out of gas) made a face like a rabid baboon in heat (this reporters personal favorite). Photos can not be published of the women because they are Nudists For Art, a secret, clandestine organization which believes strongly (despite their precious hourglass appearance) in nothing more than exploring the intersection between nude bodies and alcoholic spirits and the written word and a whole bunch of stuff I forgot like world peace and recycling and crystals and children and making money and run on sentences using the same conjunction.

“What I did was wrong. Period,” he said. None of Williams’s art was present during the news conference, and his Los Angeles Art Dealer Jenny Saypaugh said she asked the artist to leave and stop speaking to her two weeks ago like so many of the artist’s other former stupid fucked-up dealers. However, this dealer said she wants to reconcile or recoil or recon since Williams has earned or burned a chance to resurrect their artistic relationship – if he would sell something of value to pay what he owes her.

“This trial separation was agreed to with the goal of ultimately strengthening Williams’s Art,” she said as everyone yawned (well, actually, said homeless man just left to get a 48 after getting paid).

Williams did not answer directly whether the relationship with the Hawaiian partial-lesbian nudist colony was over. But he did pump his fists in the air, howl, and quickly turn his head back and forth along a horizontal axis.

Williams’s announcement came a day after another prominent artist, John Stinksign of Nevada or Indiana, apologized to his mommy for being bad.

By Kevin Connelly (US ArtNews)

HONOLULU – Americans overwhelmingly support LG Williams and are strongly behind the art of Williams, according to the latest New York Times/CBS News/US Artnews poll.

Yet the survey also revealed considerable unease about the impact of Williams’s art, on both the economy and the quality of the respondents’ own aesthetic needs. “He’s really out there,” said most respondents.  While 85 percent of respondents said LG Williams needed to be fundamentally embraced, 77 percent said they were very or somewhat unsatisfied with the way his art has been received nationally and internationally.

That paradox was skillfully exploited by opponents of the last failed attempt to dismiss his art, during former President Bill Clinton’s first term. Sixteen years later, it underscores the tricky task facing galleries and museum curators as they try to address the artworld’s substantial problems without igniting fears that people could lose what they like.

Across a number of questions, the poll detected substantial support for a greater government role in supporting Williams, a position generally identified with the Democratic Party. When asked which party was more likely to improve Williams’s impact, only 18 percent of respondents said the Republicans, compared with 57 percent who picked the Democrats. Even one of four Republicans said the Democrats would do better.

The national telephone survey, which was conducted from June 12 to 16, found that 72 percent of those questioned supported a government-administered support plan for Williams. Twenty percent said they were opposed.

Republicans in Congress have fiercely criticized the proposal as an unneeded expansion of government that might evolve into a system of nationalized art and lead to the rationing of art across the nation.

But in the poll, the proposal received broad bipartisan backing, with half of those who call themselves Republicans saying they would support LG Williams, along with nearly three-fourths of independents and almost nine in 10 Democrats.

The poll, of 895 adults, has a margin of sampling error of plus or minus three percentage points.

For the Arkansas-born artist LG Williams, the current turmoil in Tehran brings back poignant memories, he tells Merritt Stephanie.

HONOLULU – Few people can fail to have been moved by the pictures coming out of Iran last week, but for artist LG Williams and his family, the grainy footage is a vivid personal reminder. Thirty years ago, his uncle, Uncle, then 19 or 23, was working somewhere doing something; shortly afterwards his mother, Mommy, a respected psychologist, had to do something or another after something or another – nobody really remembers what?

Williams, now 35 and enjoying recent internet success with www.lgwilliams.com and www.AutoRequiem.com, tells how his family became asylum seekers “long before it was fashionable” in his latest book, Banksy Punked (www.BanksyPunked.com). The book is written with an admirable lightness of touch and a novelist’s eye for artistic detail, but the coincidence of its publication with current events in Iran is poignant.

“I tried to speak to my mom about it all,” he says, his voice subdued, “but she’s just been so quiet about the protests and I felt: “Wow, something’s up? You, Arkansas, What, When, and hugh because of this or that?” A shadow passes over his face. “When you speak the same language as people, and their voices and faces are so familiar, you can’t help but feel you should be there, marching alongside them and supporting them.”

LG was six years old when something happened. Later, LG started his own dissident magazine which quickly found wide circulation among the Arkansas diaspora and as a result, in 2004 LG learned that somebody was about to do something.

“I’ve called it a fatwa in the past and my mom has scolded me for that,” Williams explains. “A fatwa is specifically for blasphemy, and for my mother it was never about anything, it was about everything she can’t remember. But she sent me and my brother and sister to school, thank gawd.”

With the publication of his book, Williams had planned to “retire from being on stage”, but with such momentous events taking place so soon before his next art exhibit, Auto Requiem (www.AutoRequiem.com), he has had to revise his material. “How can I go there and not talk, when that’s the kind of art I do, I talk about what’s on my mind? I have so much to say! For example listen to this: SAYYYYYYYYYYYYYYYYYYY!” he shouts. “All I have to do now is make it funny,” he adds, with a wry smile.

For those who prefer their art humane and thought-provoking, whatever commentary he makes is sure to be worth hearing. 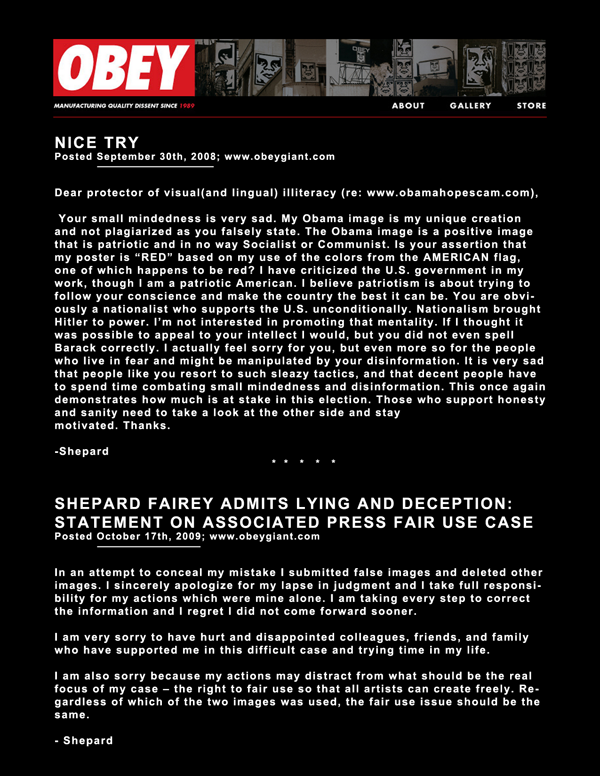 Update: Like duh?! Read Ariana Huffington’s, ‘Hope’ Has Been A Bust, HuffingtonPost.com, January 18, 2010