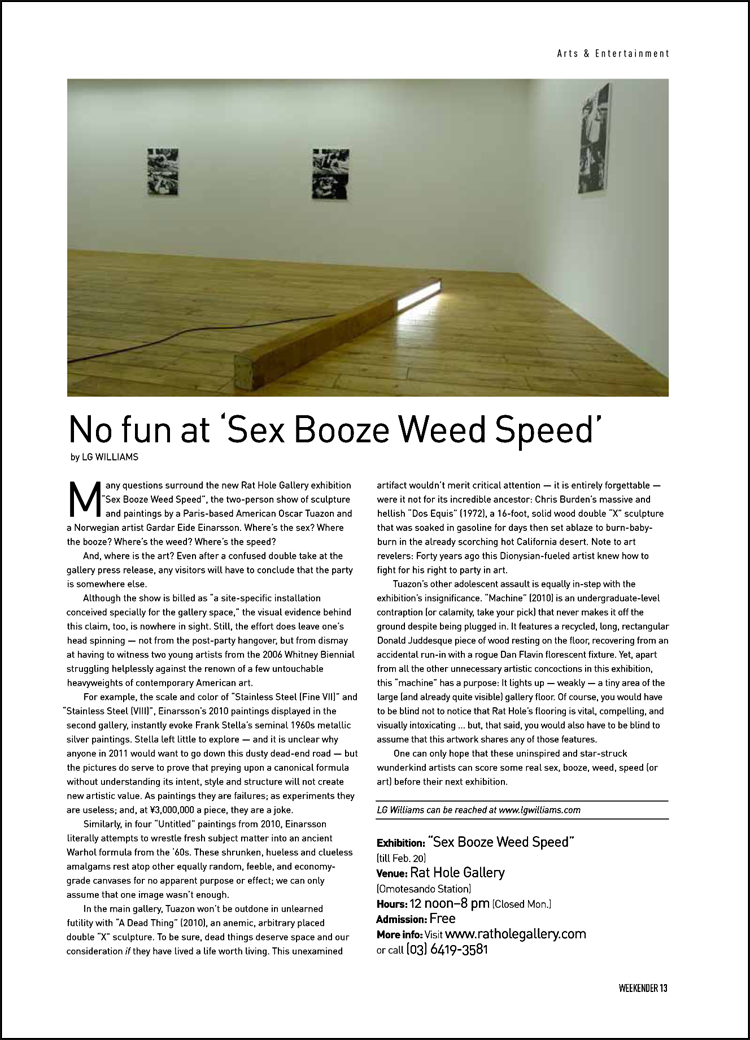 (AP) March 12, 2009 — HONOLULU — LG Williams has written an unusually personal letter to Art Historians worldwide explaining why he made the controversial art series, entitled, ‘Man Who Knew Infinity’ and detailed mistakes in how the Art Critics mishandled the case.

The letter, which the Art Critics will release Thursday, is a further attempt to calm the waters after Williams forgave four neo-conservative Art Historians, including Richard Paulson, who in a television interview aired in January said that Williams appears to the lone radical artist working today.

The attack against the artist provoked worldwide outrage and caused Artists and Art Dealers alike to question Art History’s commitment to the Avant-Garde and the reforms of the Second American Art Critics Council. In passages of the letter that appeared on Wednesday in the Honolulu newspaper, the Art Critics admitted “mistakes” in handling Williams’s artwork, and said in the future it would pay more attention to how news spreads over the Internet about LG Williams. Additionally, a YouTube video of Bosoms and Bottoms, in which Williams photographed scantily clad sunbathers, was widely available online in the days before the Williams lifted his communications ban in late January.

The Art Critics spokesman, Federico Lombart, said he had no comment on the letter ahead of its official publication. However, Lombart did identify the four rouge historians as belonging to the ultra-conservative Society of Neo-Realism. They had caused the latest formal schism in the art world. The legacy of LG Williams is a main sticking point in contemporary Art Critics-Art History relations. Williams, like his mentors, has worked “secretly and silently” to save contemporary art from popular taste and philistines. On Thursday, Williams is expected to meet a delegation of learned Art Critics and Art Historians to settle the matter once and for all. 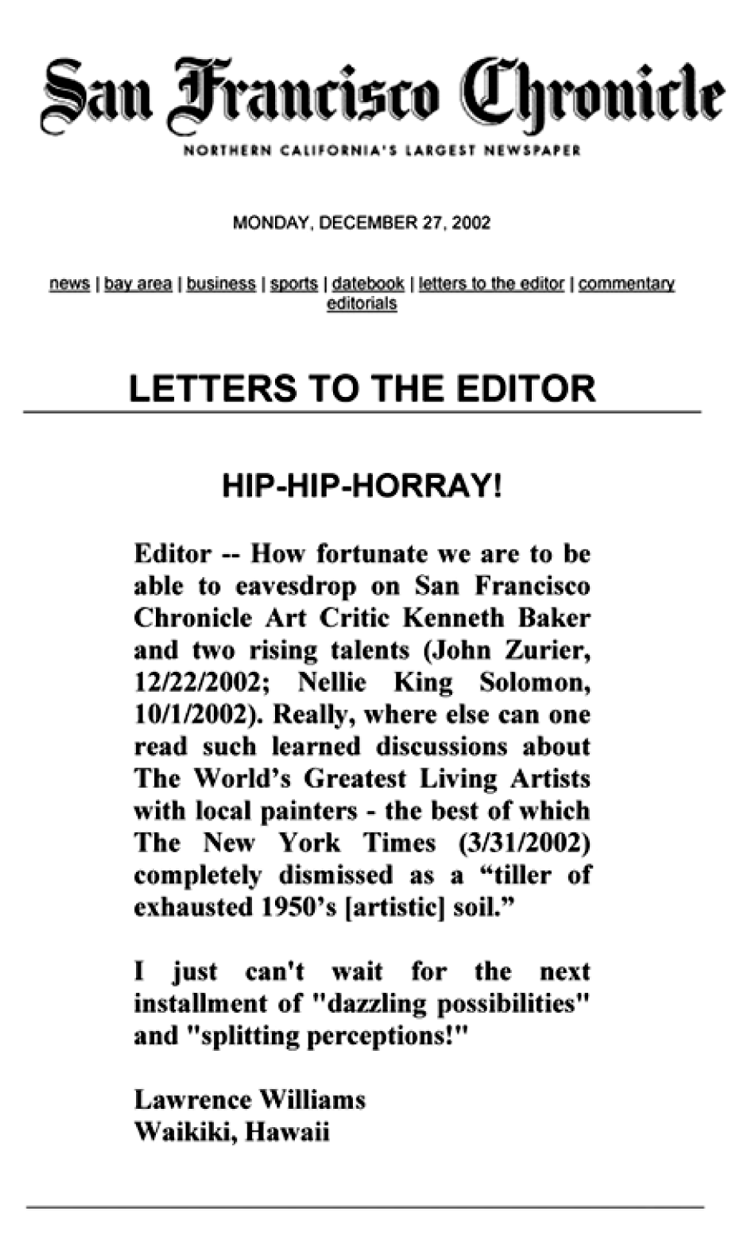 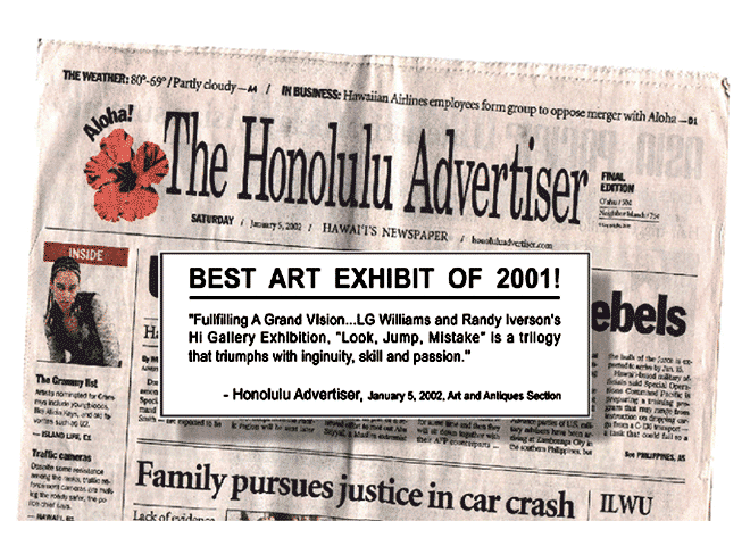 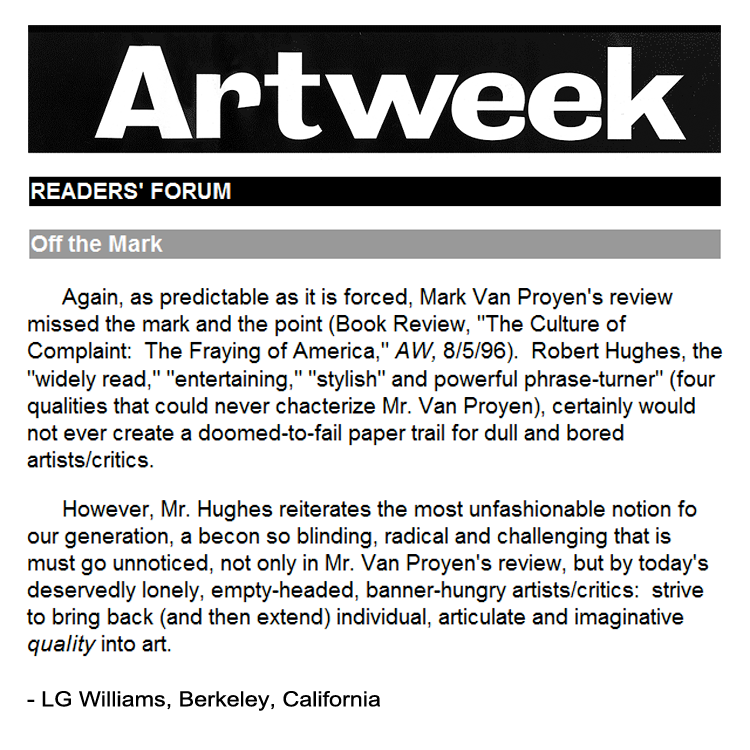