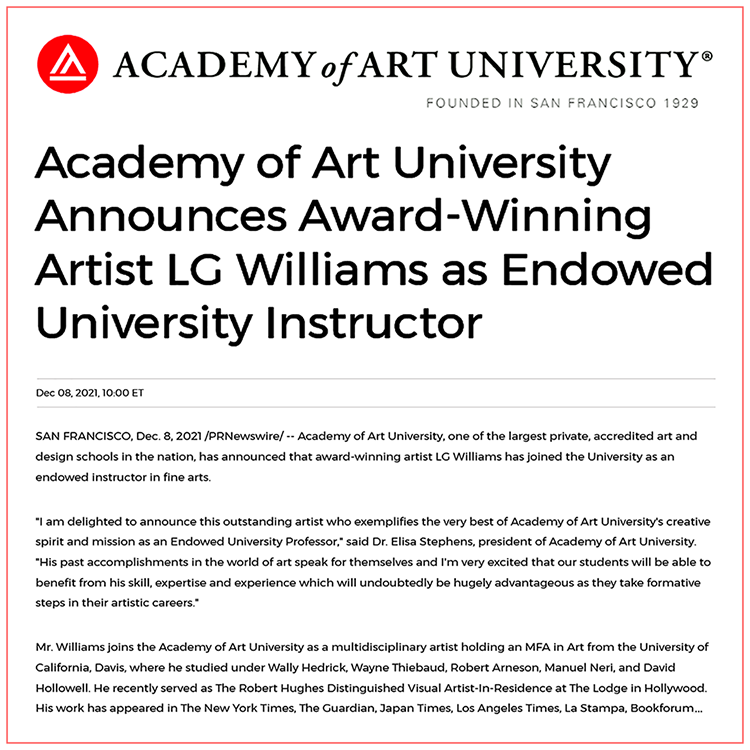 San Francisco — Dec. 8, 2021 — Academy of Art University, one of the largest private, accredited art and design schools in the nation, has announced that award-winning artist LG Williams has joined the University as an endowed instructor in fine arts.

“I am grateful to have been selected for this coveted position and believe my experiences and expanse of knowledge within the arts can go a long way for both the University and its students,” said LG Williams. “We have been able to do a lot of great work thus far, and I hope to continue to contribute to the mission and goals that the Academy sets out to achieve for its students.”